In recent years, women have been progressing toward greater empowerment in our society. Examples of women coming into their power can be seen on many different levels — like in Judge Ruth Bader Ginsburg’s unwavering fight for women’s rights, in TV shows like “The Equalizer,” where actress Queen Latifah subdues criminals that take advantage of the less empowered in society, or in the leadership of Kamala Harris, the first female Vice President of the United States.

The Moment of Lift: How Empowering Women Changes the World, by Melinda Gates

As visible as these examples may be, there are countless examples of women in developing countries who have courageously sacrificed everything to correct both flagrant and subtle forms of oppression of girls and women. In her inspiring and unforgettable book, Melinda Gates shares the stories of these women, and how the Bill and Melinda Gates Foundation has worked tirelessly over the last twenty years to lift-up women in many developing countries. Equally compelling is the open and vulnerable way in which she tells her own story of how working with these brave women has changed her worldview as well as her presence in her own marriage to Bill Gates.

She writes that “whenever you include a group that’s been excluded, you benefit everyone. … Gender equality lifts everyone.” Lifting women and eliminating the inequities in society that push women down correlate with signs of a healthy society. For too long countries dominated by men have sought to exclude women and minorities.

A Crisis Point for Melinda Gates

One of the Foundation’s major campaigns was to make contraceptives available to millions of women in developing countries. Contraceptives enable women to plan and space their pregnancies. Studies show that when births are spaced by at least three years apart, these babies have a 50 percent greater chance of surviving their first year, and are 35 percent more likely to make it to their fifth year. Longitudinal research also reveals that women who take contraceptives are healthier and make higher wages, their children are better nourished and educated, and their families are wealthier. This enables families and countries to get out of poverty. She writes, “In fact, no country in the last fifty years has emerged from poverty without expanding access to contraceptives.”

So what was the crisis, you ask? Melinda Gates was raised Catholic and practices Catholicism today, so she knew that when she committed to publicly promote access to contraceptives and family planning on a global scale, that she would be opening herself to receive criticism from the Catholic Church. She agonized over this decision, but in the end she felt that extending love and compassion for others outweighed the church doctrine against the use of contraceptives. As she cogently states, “Love is more urgent than doctrine.” This was a courageous decision for her.

The Book’s Impact on Me

This book has both inspired me and changed my view of women’s issues. Trevor Noah calls it a “concise mission statement on what we need to do to move society forward: continue to empower women. At every level and in all places, women are truly the bedrock supporting their communities.” Melinda Gates does a masterful job of interweaving women’s stories and providing compelling data to support the main premise that investing in women elevates every aspect of society.

I hope that many more women and men alike will read this powerful book, which will change the conversation about how empowering women can benefit us all.

Dr. Jeffrey Santee
Jeffrey L. Santee, PhD, DCEP, is a clinical psychologist with advanced training in cognitive psychology and behavioral medicine. In addition to his work in men’s and marital issues, he specializes in the treatment of depression, anxiety disorders, and stress-related health problems.

How to nurture your relationship with yourself

How to nurture your relationship with yourselfWe generally recognize the impact that relationships have on our... 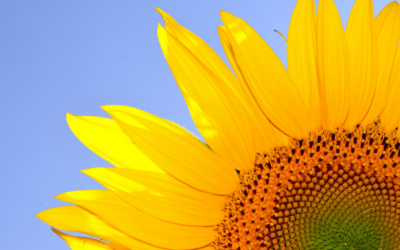 Self-care: Summer RoutinesNow is the time of year when many of us see our daily and weekly routines change...

How to talk with young children about war

How to talk with young children about warWhen my six years old daughter saw me tearing up viewing a triggering image...